Home » Playground vandalism continues to be an issue

Playground vandalism continues to be an issue 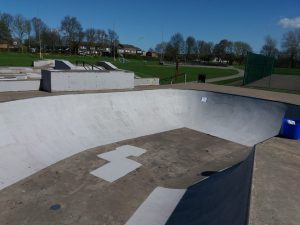 Despite the efforts of the Town Council and most of the residents to make Cramlington a town to be proud of, we are disappointed to see that some areas of the town have been covered in graffiti. Yet again the council has used its resources to cover up the vandalism – the pictures seen here show the work being carried out in the skate park in Alexandra Park and an image of the area after it has been painted over.
What a shame that the actions of a tiny minority are having such a negative, and costly, impact on the town.
As well as removing the vandalism from view the council will be using CCTV to monitor areas where graffiti is a problem and action will be taken against anyone causing criminal damage.